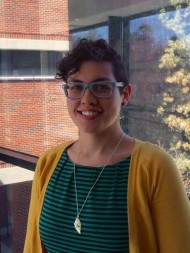 Race and Racism in Ann Arbor and University of Michigan

In May 2020, following the murder of George Floyd by police in Minneapolis, Minnesota, anti-racist activism increased nationwide in response to police brutality against Black people and racist healthcare disparities during the COVID-19 pandemic. The wave of activism included people who had never previously participated in anti-racism efforts. In response, educators, librarians, and activist groups created anti-racism resource guides to inform inexperienced protestors and help them avoid harmful actions.

In developing this research guide, we don’t want to replicate these national and international efforts. That’s why we’ve focused on selecting resources specific to the University of Michigan, Ann Arbor, and surrounding communities. We hope the local focus will help anyone who is interested in learning about historic and continuing anti-racist activism in Washtenaw County. Just as southeast Michigan has a history of systemic racism, it also has a long history of activism and resistance. Resources in this guide cover topics including segregation and desegregation in Ann Arbor schools; Black Greek life at U-M; self-determination in Detroit; the Flint water crisis; the Vincent Chin case; and archival records of activist groups.

Because of the nature of local histories, many of the texts below that pertain to Ann Arbor or university history are archival and hosted by U-M archives or collections, which require U-M authentication. Others are dissertations or otherwise unpublished scholarship or local or university publications.

Another Ann Arbor is a local organization that provides information about the local African American community Washtenaw County. According to their website, "The project seeks to address the problem of the digital divide by providing a site that is locally focused, interactive, and of particular interest to the community... When you think of the Ann Arbor area, certain images come to mind: the University of Michigan, Eastern Michigan University, football Saturdays, Depot Town, the farmers’ market. But for many of us the Ann Arbor area also calls up images of historic Brown Chapel, the NAACP, the annual Debutante Ball, and the Community Center."

Michigan’s Story: The History of Race at U-M (online exhibit)

This online exhibit is the digital counterpart to a physical exhibit that was hosted at University of Michigan Library for the 2014 Martin Luther King Symposium. It was displayed in the Hatcher Library Gallery in January and February 2014. The exhibit was researched and curated by the inter-deparmental campus MLK Day committee and features images from the Bentley Historical Library and the Burton Historical Collection at the Detroit Public Library.

This collection is related to the University of Michigan Department of Afroamerican and African Studies and to campus, regional, and national organizations devoted to political and civil rights causes from the 1960s to the 1990s. The collection includes print documents, photographs, and audio-visual material that document racial harassment incidents, political protests, scholarly conferences and symposia, Martin Luther King, Jr. Day celebrations and Black student life on the U-M campus. There are also materials about the Civil Rights Movement of the 1960s and the anti-apartheid and divestment movements of the 1980s. Originally a center, the unit was formally recognized as a department of the College of Literature, Science and the Arts in 2011.

Michigan in the World digital exhibits

Michigan in the World (MITW) is a paid undergraduate internship program where students develop online public exhibitions of research about the history of U-M and its relationships with the wider world. MITW is a partnership with the Bentley Historical Library and the College of Literature, Science, and the Arts. Working with a faculty expert and graduate student coordinator, students engage in extensive original research in campus archives and present their findings in a digital exhibit designed for public and classroom audiences.

Digitized select documents relating to the Black Action Movement (BAM) I, II, and III on the University of Michigan campus, 1970-1987. These materials (mostly from the records of the Office of the President with some articles from The Michigan Daily and the University Record) is intended to provide an overview of the Black Action Movement (BAM) demands and the university's immediate response in each of the three phases of the Black Action Movement. They represent a small portion of the documentation of BAM contained in the records of various university units, personal papers, photograph collections, and publications held by the Bentley Historical Library and available to all researchers (with some limited restrictions due to student records protected by FERPA, personnel records, and certain administrative records subject to review).

Finding aid for the papers of Austin McCoy, a University of Michigan alumnus who was a prominent campus activist and leader on issues of racial, economic, and social injustice during his doctoral studies with the Department of History. McCoy was involved in many activist organizations and campaigns including United Coalition for Racial Justice (UCRJ), the Coalition Against White Supremacy and the Ann Arbor to Ferguson protests. This collection includes correspondence, sound recordings, meeting minutes and notes, topical files, photographs, event programs, and flyers. (Some access restricted)

Known as the "Talented Tenth" district of the Omega Psi Phi, an intercollegiate historically African American Greek-letter fraternity, that includes chapters in the states of Illinois, Indiana, Michigan, Minnesota, and Wisconsin. Omega Psi Phi has the distinction of being the first predominantly African-American fraternity to be founded at a historically Black university.

An intercollegiate, historically African-American Greek letter fraternity. According to their mission, "The Brothers of Pi Rho Sigma Alumni Chapter are committed to excellence  and service to humanity, accomplished by reaffirming and maintaining our strong commitment to the ideals of Brotherhood, Scholarship, and  Service."

The youngest of the Black fraternities at U-M, the U-M Colony of Iota Phi Theta was founded in 1995. Although the social-service fraternity is historically Black, membership is not restricted by race, creed, or national origin.

Founded in 1908, and chartered in 1948, the Delta Psi Omega Chapter of the Alpha Kappa Alpha Sororiyt, the first historically African American Greek-lettered sorority for college-educated women.

The Ann Arbor alumnae chapter of Delta Sigma Theta, a historically African American Greek-lettered sorority, which is dedicated to public service and programs for the African American community

In response to the devastating effect of the coronavirus pandemic on our local economy, community members began crowdsourcing lists of businesses owned by BIPOC (Black, Indigenous, People of Color) entrepreneurs. Please note: These sources are offered as references and do not constitute endorsements.