Guide to finding resources related to modern Greek literature, history, and the arts. 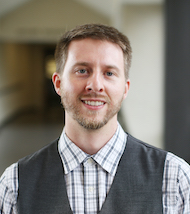 The Modern Greek Studies research guide will help you find library resources about modern Greece in Greek and other languages.

The Modern Greek Program at the University of Michigan offers courses and degrees for undergraduate and graduate students, as well as regular free, public events for students, faculty, and the broader community.

How do I search for modern Greek resources?

Search Tip: Sometimes the Library of Congress and other library organizations use special transliteration spellings for names. A good example is Νίκος Καζαντζάκης: you will also want to search Nikos Kazantzakis in the library catalog.

Where can I find modern Greek journals and articles?

The University of Michigan Library has a variety of journals with modern Greek content. You may browse the entire list here.

The following are suggested journals:

How do I find modern Greek books and other materials?

You can search for modern Greek books and other materials in Library Search and in the Library Catalog.

It might be helpful to limit your searches by using the various filters on the left side of the screen. For example, limit your search by Language: Greek, Modern (1453- ) or by Subject: Greek literature, Modern.

Using the Format filter is a simple way to locate modern Greek music. For example, limit your search by Format: Music or Audio (music).