This guide provides online resources for topographic maps and bathymetric charts that can be accessed digitally. 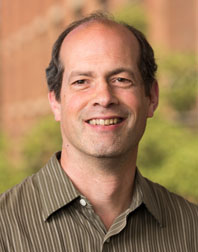 About this Research Guide

There are both topographic and bathymetric maps available in physical format at the Clark Library. Please contact us if you require use of them.

What are Topographic Maps?

Features Shown on a Topographic Map

Topographic Maps show the lay of the land of a particular area. They use contour lines to show changes in elevation such as hills, mountains, plains and valleys. Topographic maps incorporate features of an area such as roads, cities, railroads, pipelines, fence lines, bodies of water, trees, wells, buildings, and cemeteries. The USGS provides a list of some of the symbols that are found on topographic maps.

What are Bathymetric Charts?

Features Shown on a Bathymetric Chart

Bathymetric Charts (nautical charts) show a visual presentation of underwater terrain as well as the adjacent coasts. A bathymetric chart shows the land if the overlying waters were removed in the same way as a topographic map. The NOAA provides a guide that explains the basic elements and symbols used on charts.