Affirmative action, in the United States, an active effort to improve employment or educational opportunities for members of minority groups and for women. Affirmative action began as a government remedy to the effects of long-standing discrimination against such groups and has consisted of policies, programs, and procedures that give preferences to minorities and women in job hiring, admission to institutions of higher education, the awarding of government contracts, and other social benefits. The typical criteria for affirmative action are race, disability, gender, ethnic origin, and age. 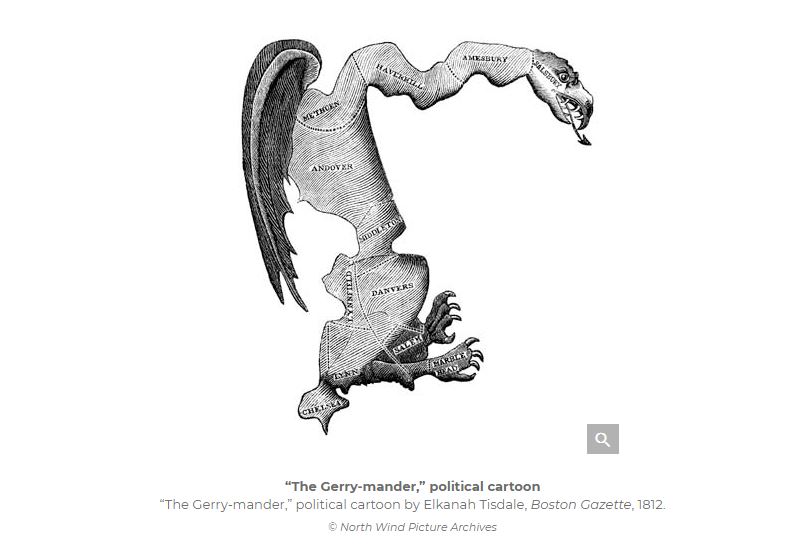 Gerrymandering, in U.S. politics, drawing the boundaries of electoral districts in a way that gives one party an unfair advantage over its rivals. The term is derived from the name of Governor Elbridge Gerry of Massachusetts, whose administration enacted a law in 1812 defining new state senatorial districts. The law consolidated the Federalist Party vote in a few districts and thus gave disproportionate representation to Democratic-Republicans. The outline of one of these districts was thought to resemble a salamander. A satirical cartoon by Elkanah Tisdale appeared in the Boston Gazette; it graphically transformed the districts into a fabulous animal, “The Gerry-mander,” fixing the term in the popular imagination.