Suggested resources related to performing arts entrepreneurship and leadership in U-M Libraries, at the University, 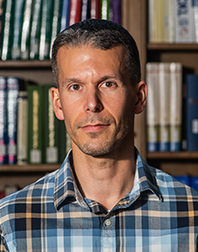 Haas, Tiffany, and Jenna Glatzer.
Waiting in the wings: how to launch your performing career on Broadway and beyond.
PN 2074 .H27 2019 (Music & Shapiro)

Herstand, Ari.
How to make it in the new music business: practical tips on building a loyal following and making a living as a musician.
ML 3795 .H5 2017 (Music & Shapiro)

Horosko, Marian, and Judith F. Kupersmith.
The dancer's survival manual: everything you need to know from the first class to career change.
GV 1597 .H68 2009 (Shapiro)

U-M Career Center - Works to support student transition beyond the University of Michigan through numerous resources and services.

School of Education Career Services - Student-centered team committed to providing a comprehensive and tailored suite of services and resources that empower students and alumni to leverage skills and training in order to achieve and maintain lifelong career success.

U-M Jobs: Career Navigator - A general guide to assist in your personal career planning, this site will show you how your current position relates to other market titles in the Career Family Classification System.

Art Jobs -  The only international job listing and largest "Open Calls" site for the arts and creative industries.

ArtsJournal: Classifieds - Job listings included as part of an online digest of arts and cultural journalism in the English-speaking world.

Culture Source: Job Opportunities - Job listings section of the website of a member association for non-profit arts and cultural organizations in Southeast Michigan that seeks to advance the work of organizations that cultivate creative and cultural expression in the region.

Art Deadlines List - Site listing public art commissions, art competitions, art jobs and internships, art scholarships and grants and fellowships, residencies, art festivals, call for entries/proposals/projects, and other opportunities, in all disciplines, for art students, art teachers, and artists of all ages, all skill levels, in all disciplines, everywhere. A subscription to the premium list guarantees first viewing and access to all announcements.

New York Foundation for the Arts: Learning - Professional development opportunities offerings by an organization that works to empower artists by providing them with complete and accurate information about awards, services and publications for individual artists and art professionals that will facilitate their artistic work.

Creative Many: Job Opportunities - Job listings section of the website of a statewide organization that develops creative people, creative places and the creative economy in Michigan through research, advocacy, professional practice and communications.