A resource for users or producers of open-source code, software, and hardware for researchers in biomedical or life science 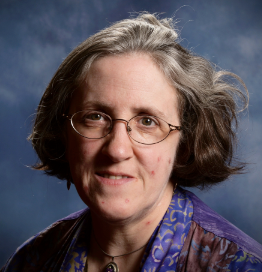 What is open hardware?

""Open hardware," or "open source hardware," refers to the design specifications of a physical object which are licensed in such a way that said object can be studied, modified, created, and distributed by anyone." What is open hardware?

"Open source hardware is hardware whose design is made publicly available so that anyone can study, modify, distribute, make, and sell the design or hardware based on that design." Open Source Hardware (OSHW) Statement of Principles and Definition v1.0

What is open-source software?

The Open Software Initiative's Frequently Asked Questions are a great place to begin learning more about open source software. For an historical perspective, read Christine Peterson's 'How I coined the term "open source"'.

What is is open source code?

Aren't these just two ways of saying the same thing?

How can open source software or code benefit me?

If you're a developer:

Develop and share your own open source code, or contribute to an existing project. You can gain experience, help solve interesting problems, get and receive help, and build a profile demonstrating your skills and expertise. Contributing to the open source community is also a great way to advance your projects, as others may jump in to note bugs or fix bugs, write documentation, etc.

Open source hardware can be a way to streamline grant budgets, replace or repair equipment parts, customize devices for specific purposes or tasks, solve problems that are unique to a situation or environment, or which serve a small enough audience that they are unlikely to financially justify corporate manufacturing involvement. For example, open-source hardware is utilized extensively in the disability community for personalized assistive tech, and in third world countries to support sustainable and green research and technology solutions.

Want to learn more, or ready to get started? Github's Open Source Guides are a great place to begin; also check out Github's How to contribute to open source.

If you're an end-user:

Use available open source code or software for your data collection, cleaning, analysis or visualization. Share links to the code/software along with your data to make your entire scientific process more open, transparent, and reproducible.

From: The Open Source Definition

Open source doesn't just mean access to the source code. The distribution terms of open-source software must comply with the following criteria:

2. Source Code: The program must include source code, and must allow distribution in source code as well as compiled form. Where some form of a product is not distributed with source code, there must be a well-publicized means of obtaining the source code for no more than a reasonable reproduction cost, preferably downloading via the Internet without charge. The source code must be the preferred form in which a programmer would modify the program. Deliberately obfuscated source code is not allowed. Intermediate forms such as the output of a preprocessor or translator are not allowed.

3. Derived Works: The license must allow modifications and derived works, and must allow them to be distributed under the same terms as the license of the original software.

5. No Discrimination Against Persons or Groups: The license must not discriminate against any person or group of persons.

7. Distribution of License: The rights attached to the program must apply to all to whom the program is redistributed without the need for execution of an additional license by those parties.

10. License Must Be Technology-Neutral: No provision of the license may be predicated on any individual technology or style of interface.