Highlights resources pertaining to Indigenous Peoples, and the focus is on communities Indigenous to Turtle Island (North America) 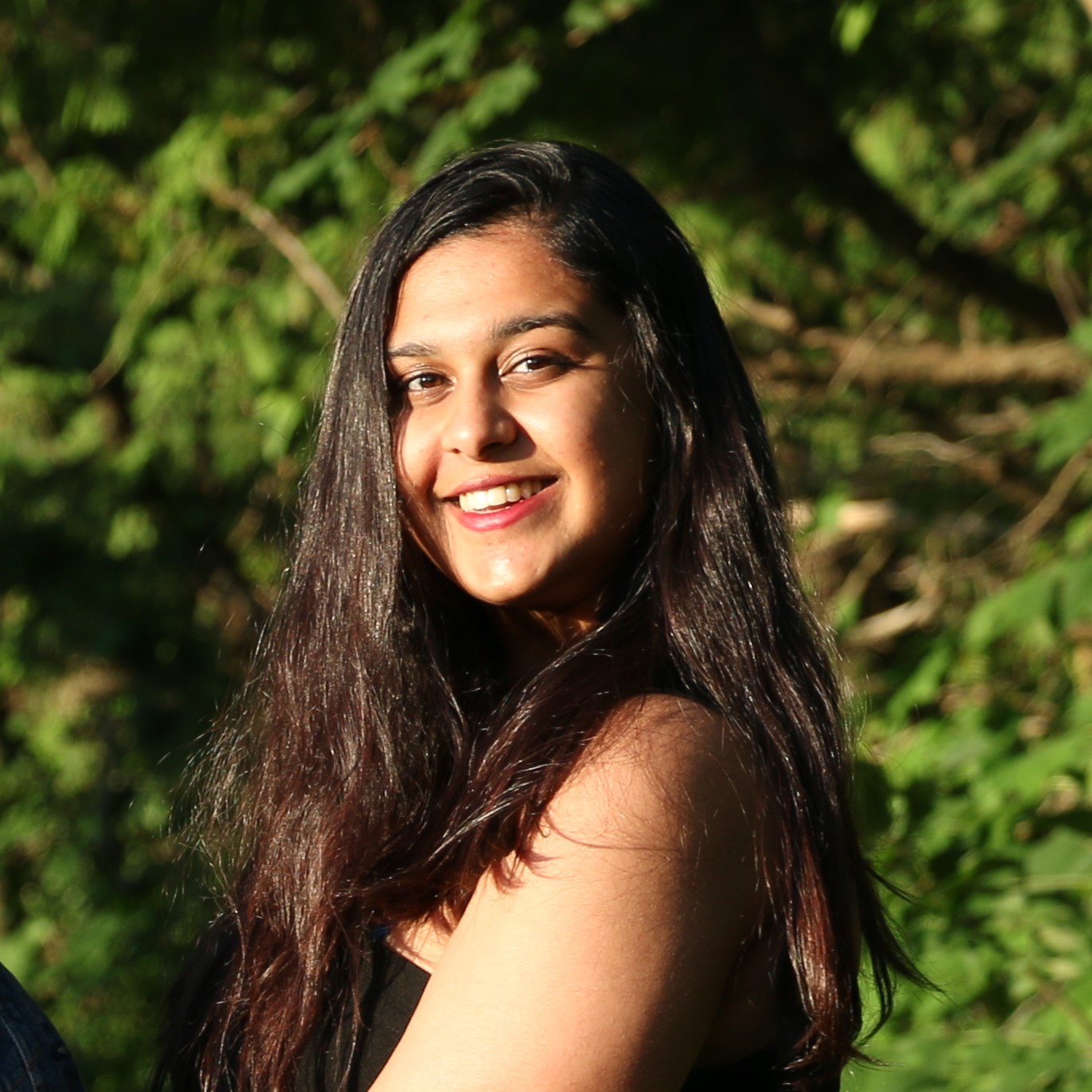 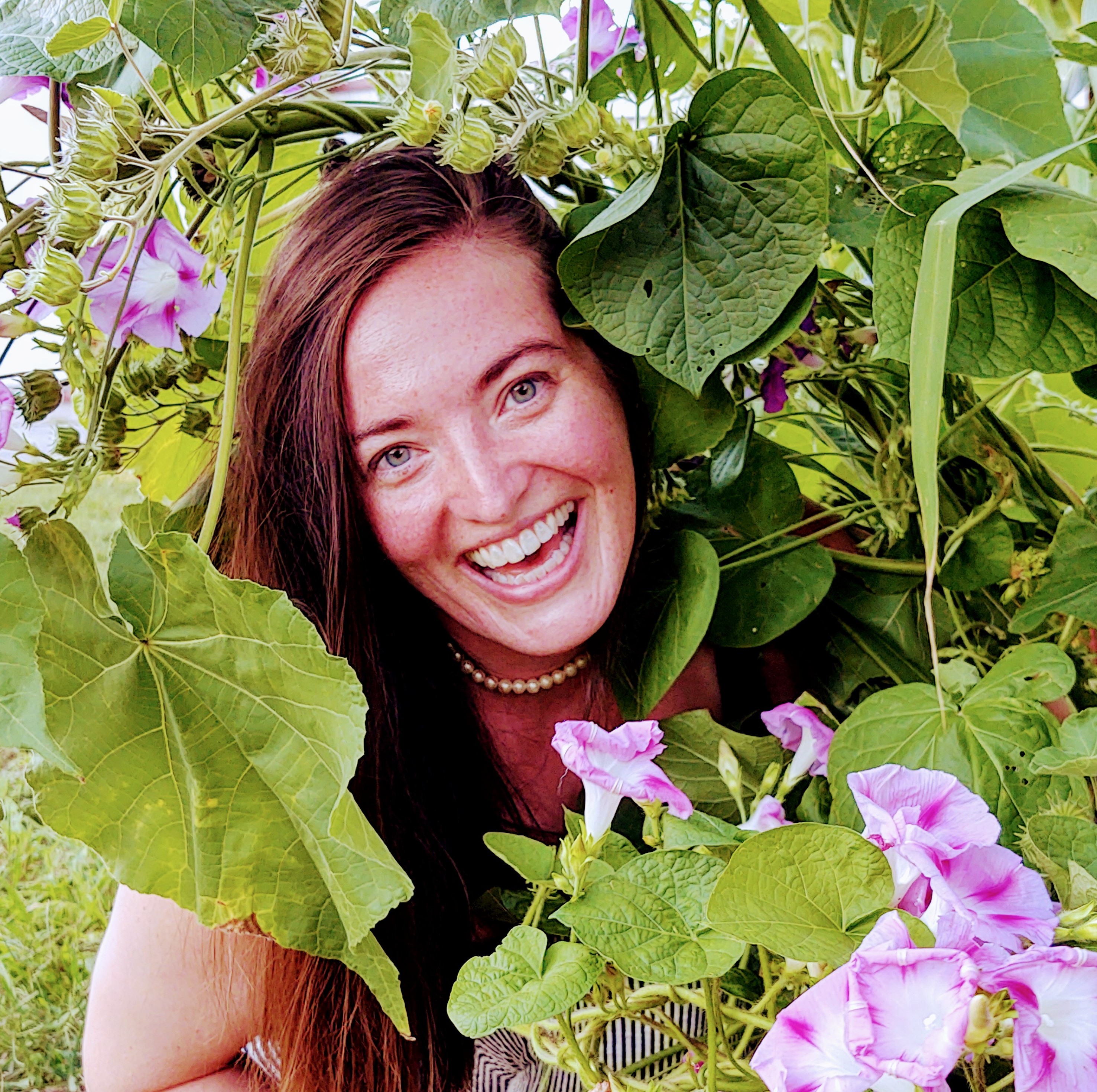 This section of the guide will provide resources pertaining to Michigan’s First Nations Peoples. There are three main Anishinaabe nations in Michigan: Ojibwe (Chippewa), Odawa (Ottawa), and Bodewadomi (Potawatomi), which collectively form The Council of The Three Fires.

The creators of this guide acknowledge the University of Michigan’s origins in the 1817 Foot of the Rapids (Fort Meigs) treaty between the United States and the "Wyandot, Seneca, Delaware, Shawanese, Potawatomees, Ottawas and Cheppeway."  In Article 16 of this treaty, the Ojibwe, Odawa, and Bodawadomi Nations made the largest single land transfer to the University of Michigan which at that time was known as “the Catholepistemiad or University of Michigania." In it, "they stipulated that three sections be given "'for the Church of Ste. Anne de Detroit' and the other to the newly established University of Michigan 'because the Indians... may wish some of their children hereafter educated." Here we acknowledge a difference in the understanding of terms and power between these settler and Indigenous signatories. And we note that our university stands, like almost all property in the United States, on lands obtained, generally in unconscionable ways, from indigenous peoples who continue to be unconscionably treated.

With this acknowledgment, we recognize these First Nations' contemporary and ancestral ties to the land and their contributions to the University of Michigan. We hope that through scholarship and pedagogy, we can create a future in which understanding of the past supports present-day justice balanced by care and compassion. (adapted from statements by La Casa, American Culture and INSciTS) 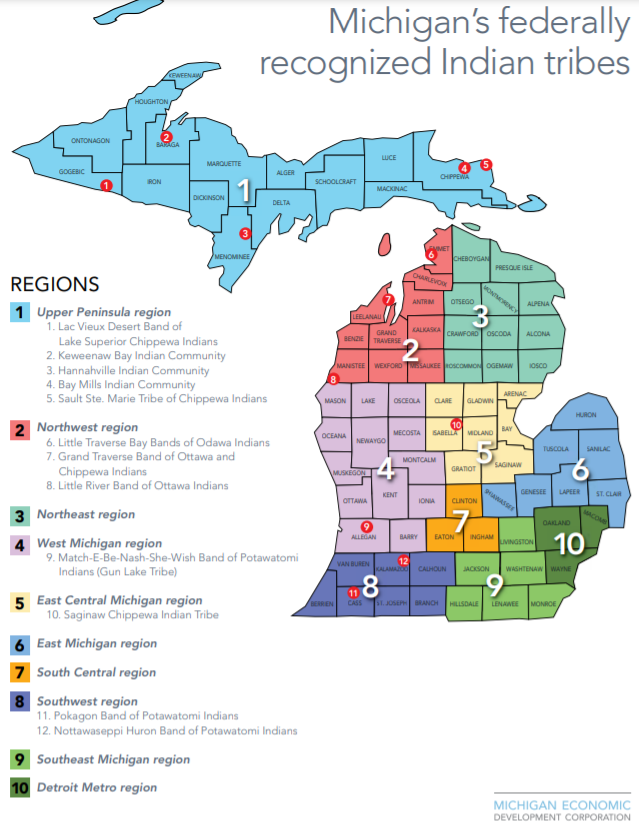 The Michigan State Government recognizes four Native American tribes. State recognition builds relationships between tribal and state governments but does not automatically confer federal benefits to tribes. This section of the guide links to the official websites of Michigan’s state-recognized tribes.

KBOCC is a higher education institute for the L’Anse Indian Reservation. It provides academic and vocational programs rich in Ojibwe culture, tradition, and beliefs.

SCTC, founded in 1998, is a community college located in Mount Pleasant, Michigan. It provides educational opportunities that reflect Anishinaabe culture and the Seven Grandfather Teachings.

The Potawatomi Heritage Center is a part of the Hannahville Indian Community and offers people the chance to view various artifacts and learn about the community’s history. It focuses on the revitalization of the Potawatomi language and offers various means of learning such as lessons, online courses, and a language lab.

The Ziibiwing Center promotes the culture of the Saginaw Chippewa Indian Tribe and Great Lakes Anishinaabek culture. The center’s exhibits tell the story of the indigenous people of the Great Lakes region and its collections contain contemporary objects that revitalize tribe traditions and teachings.

The Nokomis Cultural Heritage Center aims to preserve the history, culture, and language of the Great Lakes Anishinaabek culture. The center features a collection of Native American artifacts such as spearheads, baskets, and deerskin clothing.

The Eyaawing Museum promotes the history of the Grand Traverse Band of Anishinaabek. The museum features the work of tribal artists, education materials, books, and maps.

The museum offers indoor and outdoor exhibits with collections featuring Ojibwe culture and the lifestyle of tribes on the Huron.

The Native American Nations follow a thirteen moon lunar cycle. Each moon signifies a certain cultural teaching corresponding to the cycle of life and nature.

The guide provides information about the thirteen moons of the Ojibwe, Cree, and Mohawk tribes.

(image below courtesy of ecampusontario.pressbooks.pub)

Native American Boarding Schools were established nationwide by the Bureau of Indian Affairs in the 19th century in order to assimilate Native American children into Euro-American culture. The goal of these schools, and the mission statement of the Carlisle Indian Industrial School, was to "kill the Indian, and save the man." By eradicating their culture and training them for menial labor, the U.S. government hoped to do away with "the Indian problem."  Besides being stripped of their culture, children at these schools endured mental and physical abuse. Families who resisted saw their children forcibly removed from their homes.

Indian Boarding Schools still exist, of which some have been in operation since the 1800s, although their curriculum is now generally Native centric, including classes that re-introduce aspects of native culture.

As part of the 2010 fiscal year Defense Appropriations bill the Senate passed "S.J.Res.14 - A joint resolution to acknowledge a long history of official depredations and ill-conceived policies by the Federal Government regarding Indian tribes and offer an apology to all Native Peoples on behalf of the United States" for such items as "Whereas the Federal Government condemned the traditions, beliefs, and customs of Native Peoples and endeavored to assimilate them by such policies as the redistribution of land... and the forcible removal of Native children from their families to faraway boarding schools where their Native practices and languages were degraded and forbidden."

Mount Pleasant Indian Industrial was open until 1934. The site has now been purchased by the Saginaw Chippewa Indian Tribe to preserve its history.

A bibliography of manuscript collections reflecting the history and culture of Native Americans in Michigan.

The Council is a consortium of Michigan’s Federally Recognized Tribes. It works to provide assistance to member tribes and advocate for policies to improve the lives of Michigan’s Native Americans.

The Directory is a compilation of Tribal and State contacts, Indian organizations and services, and tribal scholarships.

The MIEC is a non-profit organization that advocates for Native American education in the state of Michigan and hosts conferences for people interested in tribal education issues.

Native Student Organizations at the University of Michigan