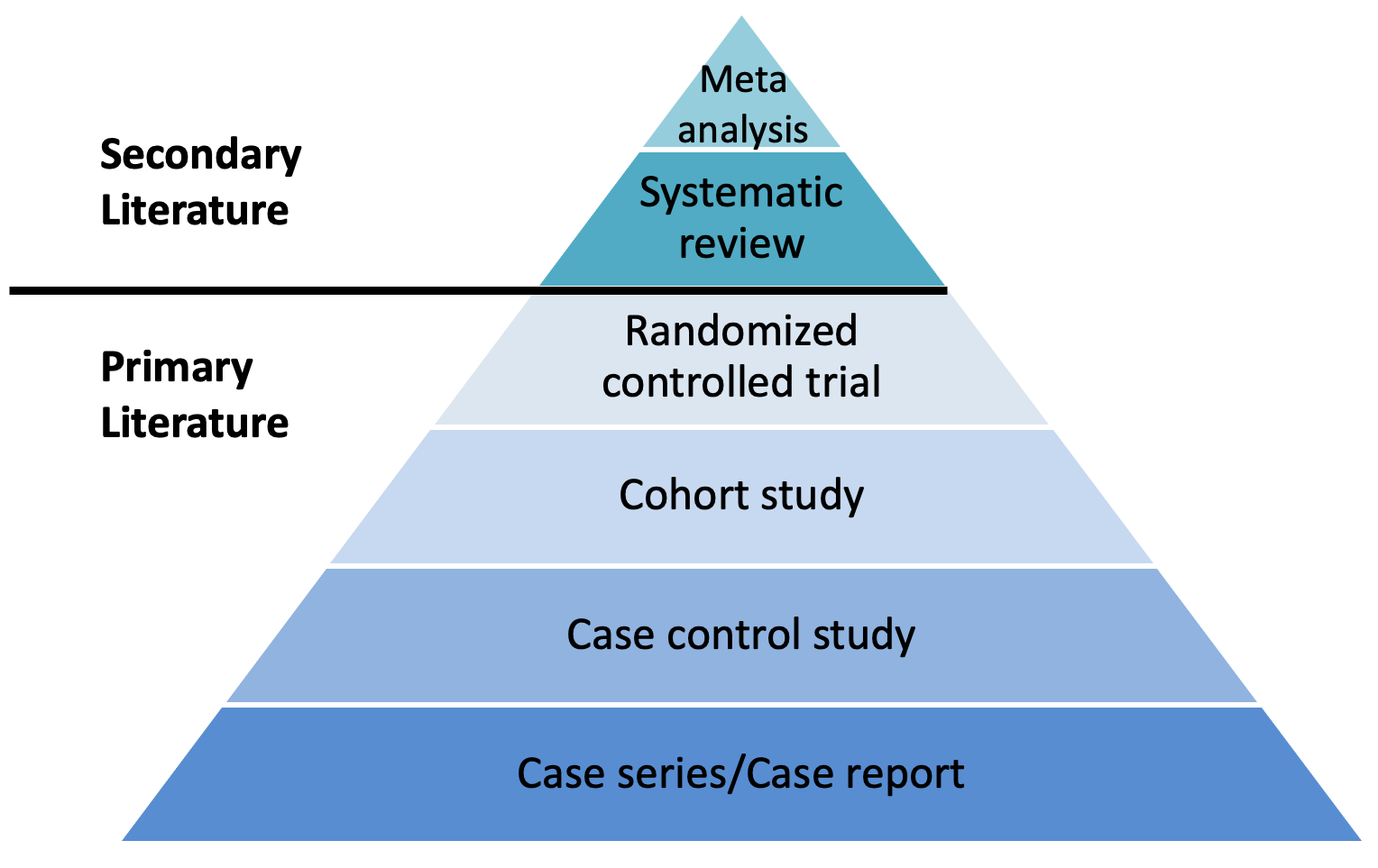 Randomized Controlled Study:  A carefully planned experiment that studies the effect of therapy on real patients. RCTs include methodologies (randomization and blinding) that reduce bias and that allow for comparison between an intervention group and a control group (no intervention). RCTs can provide sound evidence for cause and effect.

Systematic Review:  Brings together and distills the best evidence  from the primary literature to answer a clinical question. Generally, this will pool the results of several RCTs or meta-analyses on the same clinical problem.

Meta-analysis:  A  quantitative statistical analysis of several separate but similar experiments or studies in order to test the pooled data for statistical significance.