Resources in the following languages: Russian; Serbian, Croatian and Bosnian; Polish, Czech and Slovak; Armenian and other languages of Eastern Europe and the Former Soviet Union. 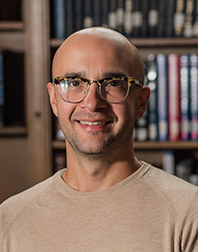 Slavic, East European, and Eurasian Studies is the descriptor used for the area covered by the the Slavic, East European, and Eurasian Division.  We collect materials in all formats from and about Eastern Europe, the Soviet Union and its successor states, as well as Mongolia. Over 600,000 items in size, ours is one of the country’s largest such collections, one that is especially strong in languages, literatures, history, social sciences, art and bibliography. The best represented countries are Russia, Poland, the Yugoslav successor states (especially Bosnia and Herzegovina), and the Czech Republic.  Notable holdings include Russian revolutionary movements, Russian and East European dissident writings, modern Armenian history and literature, rare books and archives focusing on the Silver Age of Russian Literature, and serial publications of the East European academies.  A current priority is development of both the Central Asian and Mongolian holdings.