A Research Course guide for African American Studies 103.04 for the class Race and Presidential Elections

Where Do You Find Resources

Indexes over 5,000 journals and magazines covering all fields and topics, academic and popular, beginning as early as 1971.  Provides full text for articles from over 3,600 of these journals and magazines.  Includes a diversified mix of scholarly journals, trade publications, magazines, and newspapers designed to cover the top 150 core academic subject reference areas extensively.

Ethnic NewsWatch™ (ENW) is a current resource of full-text newspapers, magazines, and journals of the ethnic and minority press, providing researchers access to essential, often overlooked perspectives. The complete collection also includes the module Ethnic NewsWatch: A History™, which provides historical coverage of Native American, African American, and Hispanic American periodicals from 1959-1989. Together, these resources present an unmatched, comprehensive, full-text collection of more than 2.5 million articles from over 340 publications. Perhaps the most valuable aspect of the resources is the inclusion of unique community publications not found in any other database, as well as top scholarly journals on ethnicities and ethnic studies. There is no other periodical resource which so thoroughly covers ethnic studies as a whole and which
presents unique ethnic presses and publications. Ethnic NewsWatch™ comprehensively covers these ethnic categories:
African American/Caribbean/African

The Hispanic American Periodicals Index (HAPI) provides complete bibliographic citations to the contents of scholarly journals published around the world on
Latin America and the Caribbean since the late 1960s.
Our coverage includes everything from political, economic, and social issues to the arts and humanities. HAPI currently indexes over 400 journals and includes the contents of over 700 journals dating back to the late 1960s. 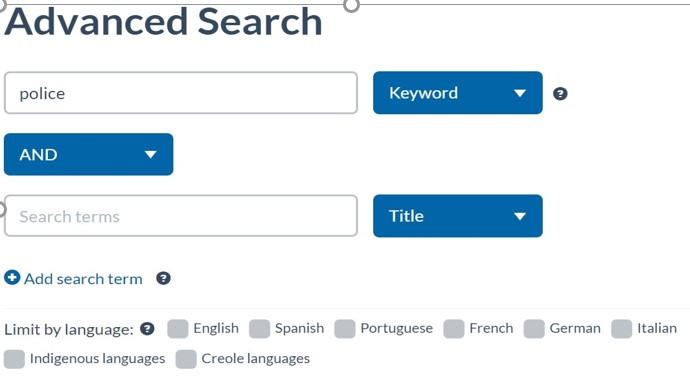 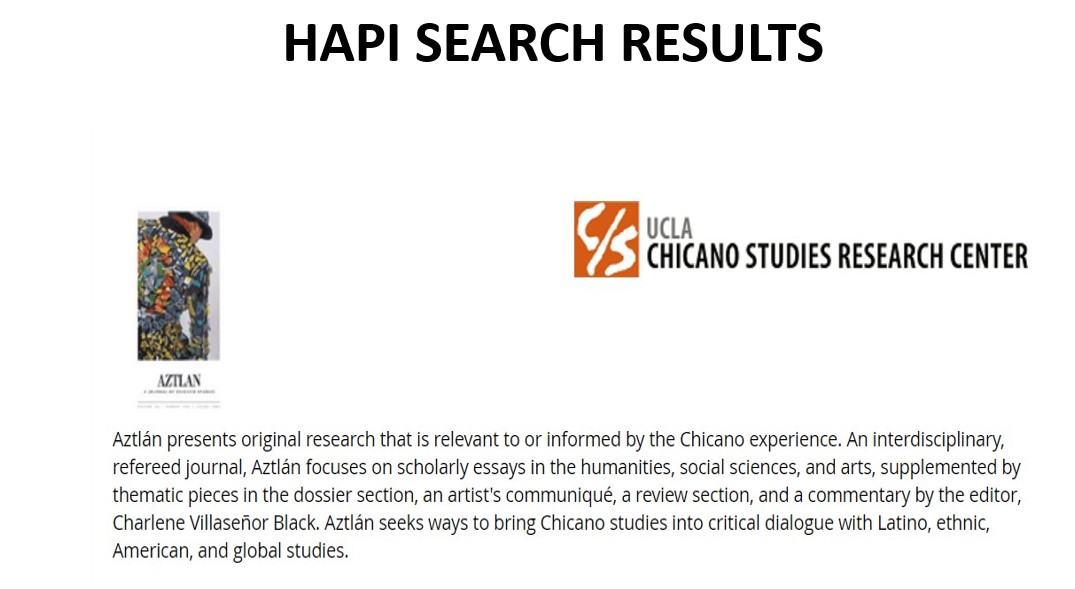